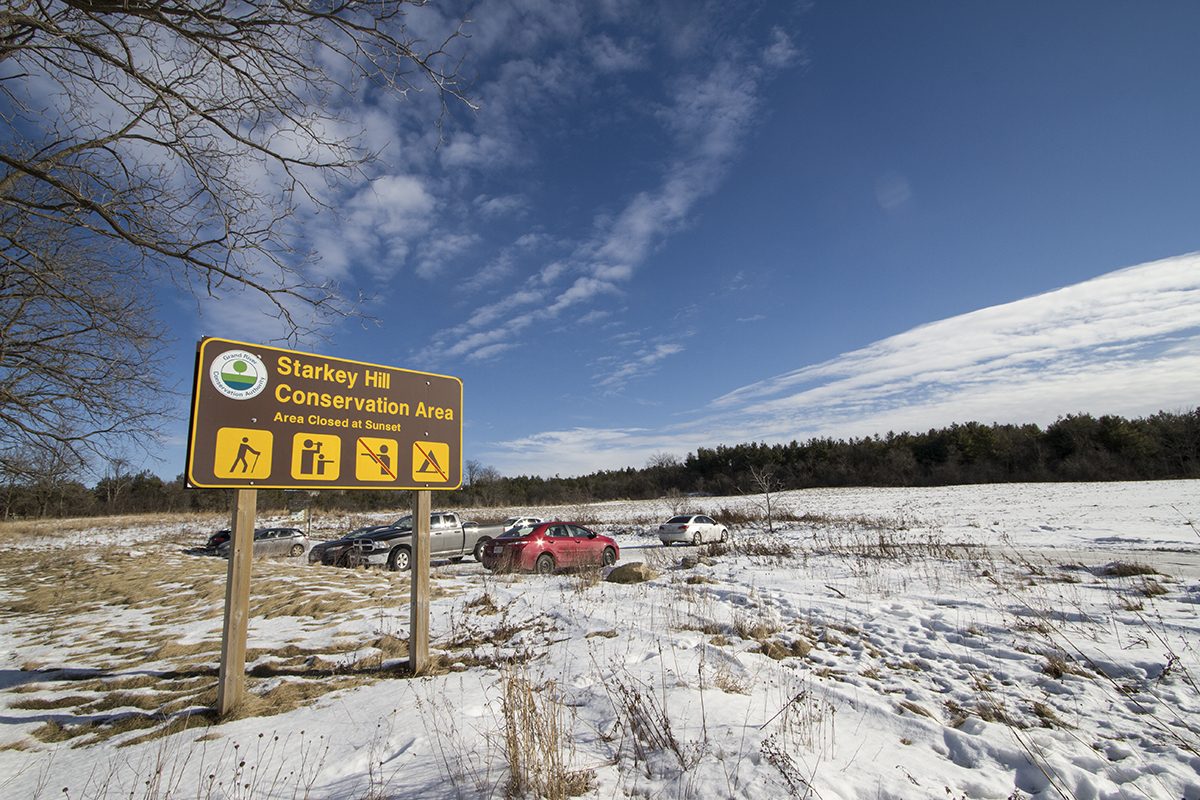 Managed by the Grand River Conservation Authority with about 91 acres of land, this unsuspecting parkland property holds an esteemed title in the community – it is home to the highest point in Puslinch Township! At its highest point you are sitting at 383 meters or 1250 feet above sea level. Doesn’t say much to you? The highest point in the Netherlands is Vaalserberg at 322 meters ASL…. In fact, “berg” means mountain in many countries where the language derives from German.. now you’re laughing. It sports an approximately 4 kilometre trail with 13 points of interest along the way. A simple QR-code scan can enlighten you! From things like the little world of humble mosses, abnormal tree growths known as tree galls (even they get warts ;), kettle lakes (which are depressions, in this case in the form of ponds/marshes, which were shaped after partially buried ice blocks melted from a glacier), and more.

Find more details on where to park and a map of the trail here.